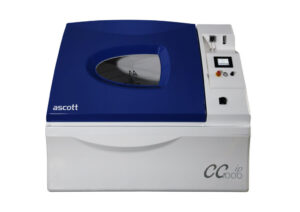 The test standard summaries are for general guidance only. Though believed to be accurate at the time of writing, this may change over time. This information should not be used as a substitute for referring to a complete test standard, at an appropriate revision level.

Please Note: the terms salt spray, salt mist and salt fog are all in wide spread use within corrosion test standards. In this context they can be considered to be equivalent and interchangeable terms. 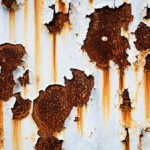 Substrate rusting due to corrosive environment simulated in our Atmosfar Chambers.

Accelerated corrosion tests to ISO 16701 simulates atmospheric corrosion in such environments including cyclic exposure to a wet phase. During the wet phase the test object is repeatedly subjected, first, to a spray of salt solution and then to a wet stand-by period for several hours. This is followed by a phase of controlled cyclic humidity conditions, where the test object is subjected to an environment which alternates between high humidity and comparative dryness. 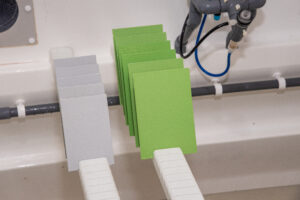 In the first (wet) phase of exposure, the test objects are sprayed for 15 min with a 1% (mass fraction) aqueous solution of sodium chloride acidified to pH 4.2. This simulates the higher than average acidic precipitation present in industrialised areas. This is followed by 1 h 45 minutes of wet stand-by. This sequence is repeated three times to give a total of 6 hour exposure to wetness. The whole of this first phase of the test cycle is repeated twice a week.

The main part of the test cycle for ISO 16701 consists of humidity cycling between the two levels of 95 % RH and 50 % RH at a constant temperature of 35°C.

This test is also referred to as a Cyclic Corrosion Test, often abbreviated to CCT.

Back to Cyclic Corrosion Testing